Are you stalking me? 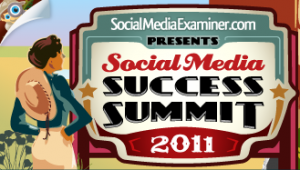 I had an amazing time at the Social Media Success Summit 2011.  I learned a ton and met alot of great tweeps during the month long webinars.

In one of the last sessions I was having some fun with a fellow attendee:  Eli Ingraham.  I had to leave early due to a daycare pick up and was whining in my usual fashion about how hard it is to leave my computer, when I was learning a ton and having a great time.

Me:  @EliIngraham child standing alone at daycare with Tshirt: My mom is a social media addict & abandoned me. #smss11

Then… we got an outsider piping in, who was not part of the session:

I didn’t think much of it, so I decided to continue on….

JackiJames:  @LaurindaShaver @eliingraham tshirt from down under: #smss11 stole my sleep! I can’t get it back 🙁

Eli:  excellent! party is at your house! RT @JackiJames: @LaurindaShaver @eliingraham tshirt from down under: #smss11 stole my sleep!  #smss11

All in the fun… but then xxxx_xxxxx_xxx came back:

I dismissed it at the time, but it kinda bothered me.  I have never met Eli or Jacki, but we were joking in the context of the summit.  This guy appeared out of no where and interrupted the conversation.  Its kinda like you are in a party, standing around with people having a discussion about a specific topic and some guy interrupts the circle with an out of context statement.

There are many reasons why this outsider’s tweet felt wrong:

What do you think?

2 comments on “Are you stalking me?”