What is digital media anyway?

“So what does that mean exactly?” says the smartly dressed woman sipping her wine at a networking event.

#sigh.  I should be used to explaining what a Creative Digital Producer does by now, but it bugs me.  Bugs me because the world is changing at such a fast pace and many people don’t understand why.

To explain digital, we need to figure out WHY people are so turned on by it.

We live in an era of participatory culture.  This means anyone magically transforms from being just sitting on a couch (a consumer of media) to putting a comment on an instagram post (a contributor) and even editing their vacation photos (a producer). 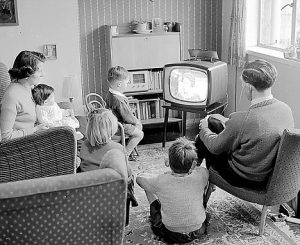 elevision used to be a place of magic.  People marveled at how images were sucked into cameras and then displayed on your TV.  My dad tells me the first time he was invited to watch a television show, airing from Buffalo in the 1940s, at a neighbour’s house.  Instead of listening by the radio, there were images.  People.  On a screen.  Moving.  Just wow.

Those days are long gone.

YET, we just don’t want to watch anymore.  We EXPECT to participate.

We own the media.  We want to have our say, state our opinion.  We want to cry that Firefly was cancelled.  Share that facebook post that made us laugh.  We want to be the next Beyonce and sing our hearts out on Musical.ly.

WHY?  What has changed? 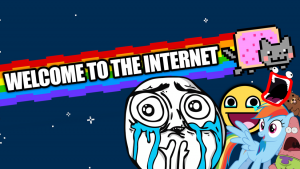 It’s this amazing tool that connects people through wires on computers.  Built on a DIGITAL infrastructure.

Also, media production tools, like editing software, have become easy to use and cheaper to buy and available in the palm of your hand.  Also built on a DIGITAL infrastructure.

Until the digital age,

Consumers = the audience or purchasers of those objects.

There was a big divide between the two.  You need to get hired by a company who had equipment to produce, or just be rich.  There was a HIGH PRICE to pay to be a producer.

And now… the lines between producer and consumers are blurry. 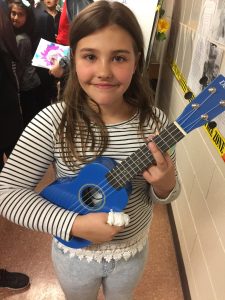 Therefore, for you to participate, you need to interact with production and other people.

INTERACT.  Think of it this way…. If you are able to change image or texts, you are a producer.  You are interacting with the media.

Yep, you are creating, playing, experimenting and exploring. The days of couch potato-ing are behind us (except for some shows..  I’m looking at you Expanse..  i’m a total couch potato for you).

Digital is things that you can change.  HOW is this magically done?  Yes, yes the internet makes things possible.. but really…  HOW?

Digital is information inputted as numbers.  1s and 0s.

All this info is data.  It is processed, stored and outputted to online sources and digital disks.

And you can change and move these 1s and 0s.  They can be re-arranged.  Made into algorithms.  These can be edited and transformed into new things. 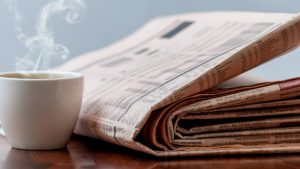 Analogue on the other hand, is produced into an actual object.

Print, Photographs, films, newspapers.  Analogue is based on Physics and Chemistry.

Analogue lends itself to be mass produced.  The same object produced again and again and sold as a commodity.

A print photograph is Analogue.  But a digital photograph can be edited.  This is digital.

WHAT IS DIGITAL MEDIA?

Media that can be produced where users can participate and interact with it. 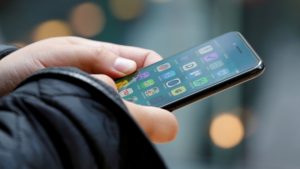 That is what I do, I want to say to the smartly dressed woman.

But, she is looking at her phone texting someone.